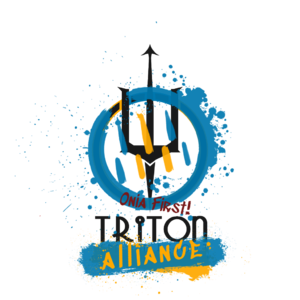 OUTDATED INFORMATION: PLEASE EXCUSE OUR MESS AS WE UPDATE

Founded by Cassandra “Cass” Keystone, the Lucky Sevens is a Sheriff-described “worker insurrection”, an organization formed on the basis of a now defunct rogue Federation division, the 45th MONOLITH. This insurrection consists of numerous engineers, miners, construction workers, and countless other labor workers that had prior employment under the Administration, made manifest by demands for improved worker conditions, shelters, pay, and unions.

While sometimes seen as a marauding gang, the Sevens employ military-level tactics and deep intelligence to enact their own “financial guerrilla war” against the colony itself, claiming that the colonial corporations are sucking the lifeblood out of the colonists. Despite their “noble scoundrel” reputation, many view the Sevens as a motley collection of disenfranchised workers, exiles, soldiers, and outlaws who seek to only further their own financial gains.

The primary objective of the Sevens is to undermine the colony of Dusklight for their own personal gain and to, hopefully, pave the way towards an independent, Administration-free Dusklight managed by the colonists, while also bleeding the colony of funds to starve out the corporate factions and incite rebellion. The Sevens view themselves as modern-day Robin Hoods, stealing from the rich and giving to the poor. Through this, the Sevens aim to bring the colonists to their side and strip the colony of its lifeline: the common worker.

OUTDATED INFORMATION: PLEASE EXCUSE OUR MESS AS WE UPDATE

The Sevens are primarily concerned with white-collar and red-collar financial crimes, with a heavy focus on grand theft, gunrunning, and narcotic production. Other crimes such as racketeering (especially fencing rackets) and even corporate espionage all fall within the Sevens boundaries. Much of their activities and operations go unknown to the public, but most problems and crimes are blamed on the Sevens regardless.

Despite their criminal nature, the Sevens attempt to maintain a cold reputation with some of the more important factions of Dusklight, while showing open hostilities towards the Dusklight Sheriffs.

Sevens are notorious for their precision operations, preferring to execute with utmost secrecy to prevent any sort of response by colonial authorities. Only the President and Crew Chief have the means of organizing a war party for operations.

A settlement set away from the colony, Black Sands was originally a small fishing dock (at the time known as Marlin Town) until an accidental collision with a sea stack released a large oil reservoir, which was quickly capitalized on by Corporate authorities. Soon after, a long worker strike demanding improved working conditions eventually culminated into a small “revolt” helmed by Keystone, quickly seizing control of the settlement and establishing it “free from Corporate bloodsuckers.”

The President oversees the day-to-day affairs of the Sevens, and is the de-facto leader of the MC overall. The President is the mastermind behind many of the chapter’s operations and acts as something akin to a “Godfather”, often being the face of the Sevens in discussions and meetings.

Presidents are elected by majority vote of the Table.

The Crew Chief serves as the president-appointed second-in-command of the Chapter, answering directly to the President. The Chief is responsible for organizing war parties, directing operations, and ensuring that stability is maintained in the upper echelon of the chapter, while also acting as an advisor to the President.

While primarily a command and logistical role, the Crew Chief can take a more physical approach to operations.

In the event of the President being incapacitated, the Crew Chief temporarily takes over the position until the President can resume operations.

The Sergeant-At-Arms is a high-level command position that holds power over the “grunts” of the Chapter. The Sgt-At-Arms is the frontline decision-maker during operations and the “Security Chief” for guarding Sevens property. Typically at the head of on-going operations, alongside the Patched and Prospects.

While classified as a commander, the Sergeant-At-Arms is also expected to be a leading example to the lower-rank members of the Chapter.

The Lawspeaker is a unique role within the MC and holds hierarchy alongside the Sergeant-at-Arms but does not command the lower ranks of the MC. The Lawspeaker is, typically, a non-combatant who is placed into the cutthroat role of freeing captured members or other personnel from factions or, especially, the Dusklight Sheriffs. Lawspeakers are known for their silver-tongued persuasion skills and penchant for turning many deals to the favor of the MC.

Road Captains act as “squad leaders” and are sometimes called Warbosses. These low-level commanders have duties which consist of corralling Patched and prospects, providing repairs for their war parties, defending MC property, and assisting their fellow members in combat. Road Captains are also responsible for maintaining the arms and equipment of their assigned warparty.

The number of Road Captains fluctuate with member count and is strictly an appointed position.

The Patched are the full-fledged members of the Chapter, often referred as “Soldiers”. These individuals are the very backbone of the MC, laying groundwork for future operations or serving as the muscle of war parties. The Patched defend the property and members of the MC, while also maintaining the reputation of the Chapter, and overseeing the progress of Prospects.

The Patched usually operate in pairs and are the first to report movements from the DLSD to the rest of the Chapter.

Prospects are non-patched members of the Sevens, currently on “probation” to determine if their skills can benefit the Sevens. Prospects are given the facilities needed to maintain and modify their vehicles, but do not have any form of authority or decision-making power in the Chapter.

Prospects are recruited from Hang-Abouts, a term for civilians who are on neutral or friendly terms with the Sevens.

(More information on prominent members and their roles to follow)